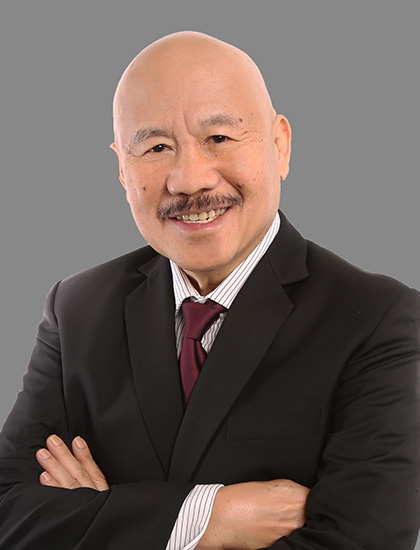 Bachelor of Laws
University of the Philippines, 1974

Bachelor of Science in Business Administration
University of the Philippines, 1970

Mr. Vera Cruz specializes in the fields of litigation and dispute resolution. He has been an active law practitioner for the past 44 years. He has appeared in all levels of the Judiciary, including the appellate courts and the Supreme Court, and has also represented clients in various quasi-judicial bodies and administrative agencies. Mr. Vera Cruz has also been involved in arbitration, both as counsel and arbitrator.

Asialaw Leading Lawyers 2015 has identified Mr. Vera Cruz as one of the most highly acclaimed legal experts in the field of Dispute Resolution.

Mr. Vera Cruz was recognized by Asialaw Profiles as a Senior Statesman for the practice area of dispute resolution in 2019.

He also serves as director and officer of various corporations.