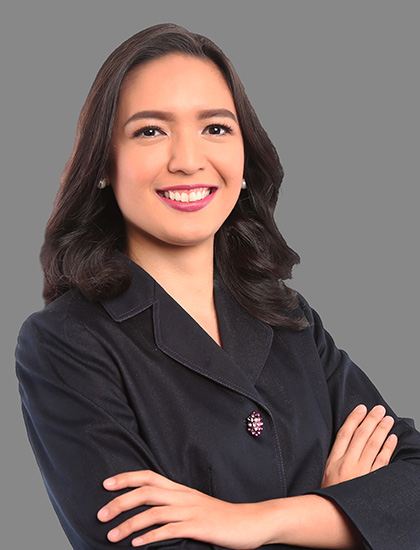 Ms. Buan is a lecturer at the Ateneo de Manila University, where she teaches courses on Legal Research and Writing, Logic and Legal Technique, and Peace Processes and Peace Agreements.

She has published several legal articles, including:

Ms. Buan graduated among the top ten students of her Ateneo Law School graduating class in 2015. She served as an Editor of the Ateneo Law Journal from 2012 to 2015 and as its Lead Editor and Member of the Executive Committee from 2014 to 2015.