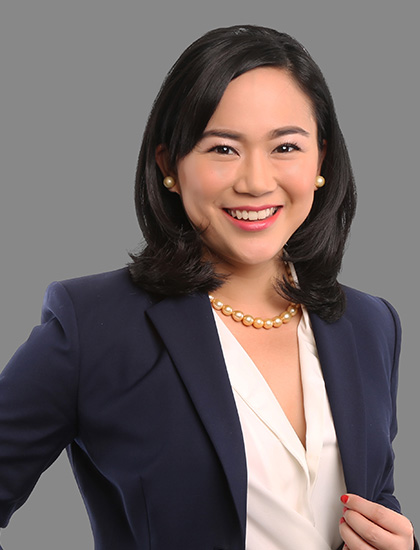 Juris Doctor
University of the Philippines, 2015

Ms. Plaza wrote a number of legal articles, including:

Ms. Plaza is a recipient of the University of the Philippines (UP) Gawad Chanselor sa Natatanging Mag-aaral Award from 2013 to 2015 and the Distinguished Performance Award from the UP Office of Legal Aid. She was the President of the UP Law Debate and Moot Court Union and competed in the 2014 Stetson International Environmental Law Moot Court Competition in Florida, USA, where she was awarded as Best Oralist in both the Southeast Asian and International Rounds. She has been invited to speak in several international and local conferences.

Ms. Plaza is a member of the Makati City Chapter of the Integrated Bar of the Philippines, the ASEAN Law Association, the Young International Council for Commercial Arbitration and the UP Women Lawyers’ Circle.