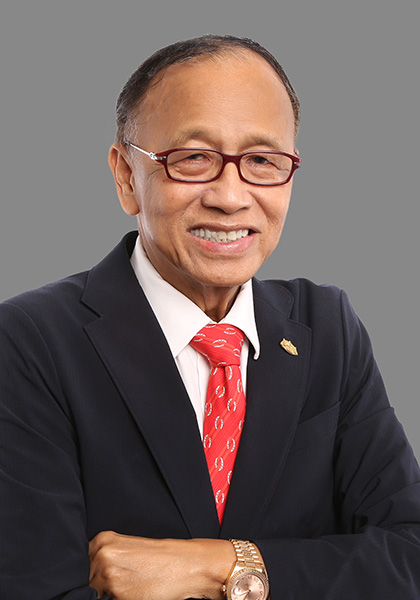 Mr. Cruz is one of the Firm’s Founding Partners. He advises clients on complex commercial transactions. He also advises on matters relating to the ASEAN treaty for the protection of foreign investments. Among his notable projects are renewable energy projects for Solmessis Pty. Ltd., Australia, San Lorenzo Ruiz Builders & Developers Group, Inc., and Equis, Singapore. Other than his expertise in corporate issues, he also acts as an arbitration counsel. In previous years, he has represented the Firm’s major clients in corporate dispute cases which resulted in landmark decisions in the Supreme Court.

Given the breadth of his experience, it is not surprising that Mr. Cruz has been consistently recognized by different award-giving publications. In 2018, he was awarded as a leading Filipino lawyer in the fields of Corporate/M&A by Chambers Pacific Asia. He was described as a “highly regarded name in the market who offers many years of experience” and his “broad practice that spans corporate finance, projects and real estate” makes him a “prominent lawyer with a long-standing reputation.”

Briefly, post-1986 EDSA Revolution, Mr. Cruz served in government and assisted in the drafting of the “Freedom Constitution”, which governed from March 1986 until the adoption of the 1987 Constitution.

He is an active member of the ASEAN Law Association (ALA) and served as its President from 2015 to 2018. At the time of his election, he was a well-respected leader of the ASEAN Governing Council. In February 2015, he served as Organizing Committee Chairman of the 12th Region-wide ALA General Assembly held in Manila and Boracay. In March 2012, he was the ASEAN delegate for the dialogue of the China-ASEAN Free Trade (CAFTA) at Hainan, China. At said dialogue, he was awarded honorary membership in the China Law Society’s China/ASEAN Legal Cooperation Council. In June 2018, he also served as Chairman of the Special Meeting ALA in Siem Reap, Cambodia and initiated the creation of the ALA Law Institute. In July 2018, he served as Chairman of the Special Meeting of the ALA in Beijing, China.

Mr. Cruz was recognized by Asialaw Profiles as a Senior Statesman for the practice area of dispute resolution in 2019.

Mr. Cruz also serves as a director and officer of various corporations.

He ranked first among the successful examinees of the 1961 Bar Examinations, and was admitted to the Philippine Bar on 1962. He is a member of the Rizal Chapter of the Integrated Bar of the Philippines.