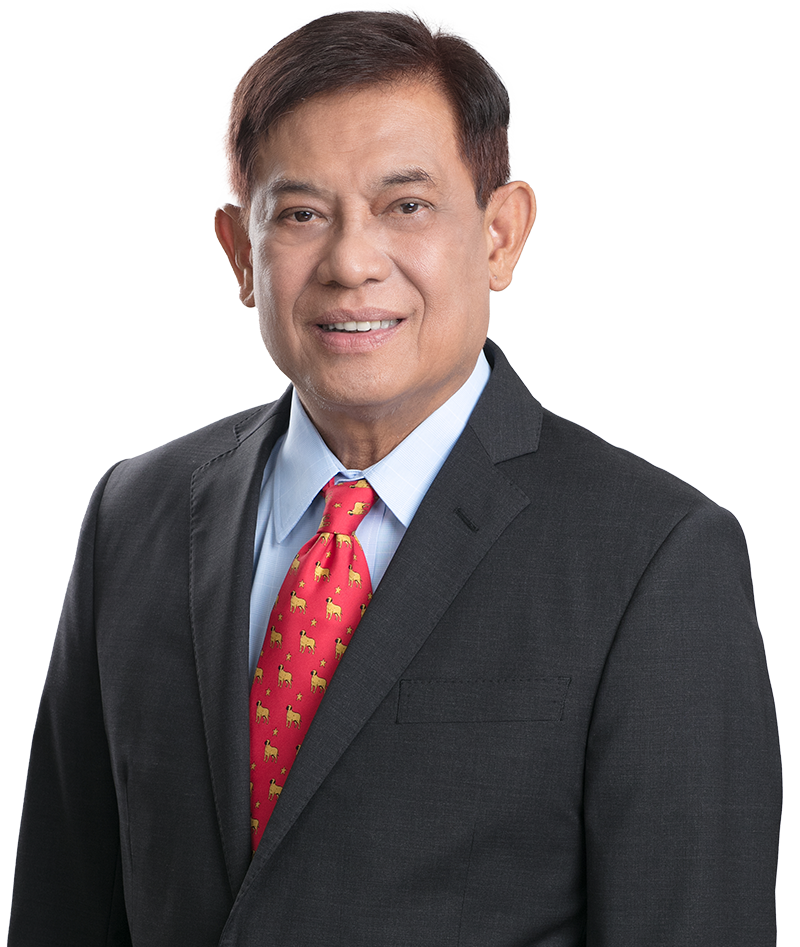 With his experience, his clients rely on him for corporate and strategic advice. Mr. Lim has been involved in several high-profile cases in the Philippines, such as:

Mr. Lim also served as the Co-Chairperson of the Rules on e-Commerce and Notaries Public sub-committees of the Supreme Court. He is also a member of the sub-committees on Commercial Courts, Evidence, and DNA Evidence. In such capacity, he was involved in the drafting of the following rules:

Mr. Lim is currently a law professor of the Ateneo Law School and the San Beda College Graduate School of Law, where he teaches courses in Securities Regulation, International Business Transactions, Arbitration, Evidence, and Partnership. He is also a professional lecturer of the Philippine Judicial Academy (PHILJA), and the current Vice-Chair of its Commercial Law Department.

Mr. Lim has authored several books/articles that were published in both local and international publications, such as:

He also co-authored the Philippine chapters of:

In 2018, his expertise in the fields of dispute resolution and corporate law have been recognized by several award-giving bodies. He was recognized as one of the Leading Lawyers in the fields of Capital Markets and Dispute Resolution & Litigation by the Asia Law Profiles, a ranked lawyer in Banking & Finance and Dispute Resolution by Chambers Asia-Pacific and Chambers & Partners, a leading individual in the field of Corporate & Finance by Chambers Global and Chambers & Partners, and a Leading Lawyer in the field of Corporate and M&A by The Legal 500 Asia Pacific.

Mr. Lim was recognized by the Asia Business Law Journal as among the Philippines’ Top 100 Lawyers in 2021.

He is also the recipient of numerous awards and accolades during his professional career, including:

Mr. Lim was awarded by Benchmark Litigation Asia-Pacific as the Philippines’ Lawyer of the Year for 2019. In the same year, he was also recognized by Asialaw Profiles as an Elite Practitioner in the practice areas of capital markets and dispute resolution.

He has been chosen also to lead the Management Association of the Philippines (MAP) as its President for 2020.

He is also a member of the New York State Bar.

This website uses cookies to improve your experience while you navigate through the website. Out of these, the cookies that are categorized as necessary are stored on your browser as they are essential for the working of basic functionalities of the website. We also use third-party cookies that help us analyze and understand how you use this website. These cookies will be stored in your browser only with your consent. You also have the option to opt-out of these cookies. But opting out of some of these cookies may affect your browsing experience.
Necessary Always Enabled
Necessary cookies are absolutely essential for the website to function properly. These cookies ensure basic functionalities and security features of the website, anonymously.
Functional
Functional cookies help to perform certain functionalities like sharing the content of the website on social media platforms, collect feedbacks, and other third-party features.
Performance
Performance cookies are used to understand and analyze the key performance indexes of the website which helps in delivering a better user experience for the visitors.
Analytics
Analytical cookies are used to understand how visitors interact with the website. These cookies help provide information on metrics the number of visitors, bounce rate, traffic source, etc.
Advertisement
Advertisement cookies are used to provide visitors with relevant ads and marketing campaigns. These cookies track visitors across websites and collect information to provide customized ads.
Others
Other uncategorized cookies are those that are being analyzed and have not been classified into a category as yet.
SAVE & ACCEPT
Scroll Up

How can we help you?