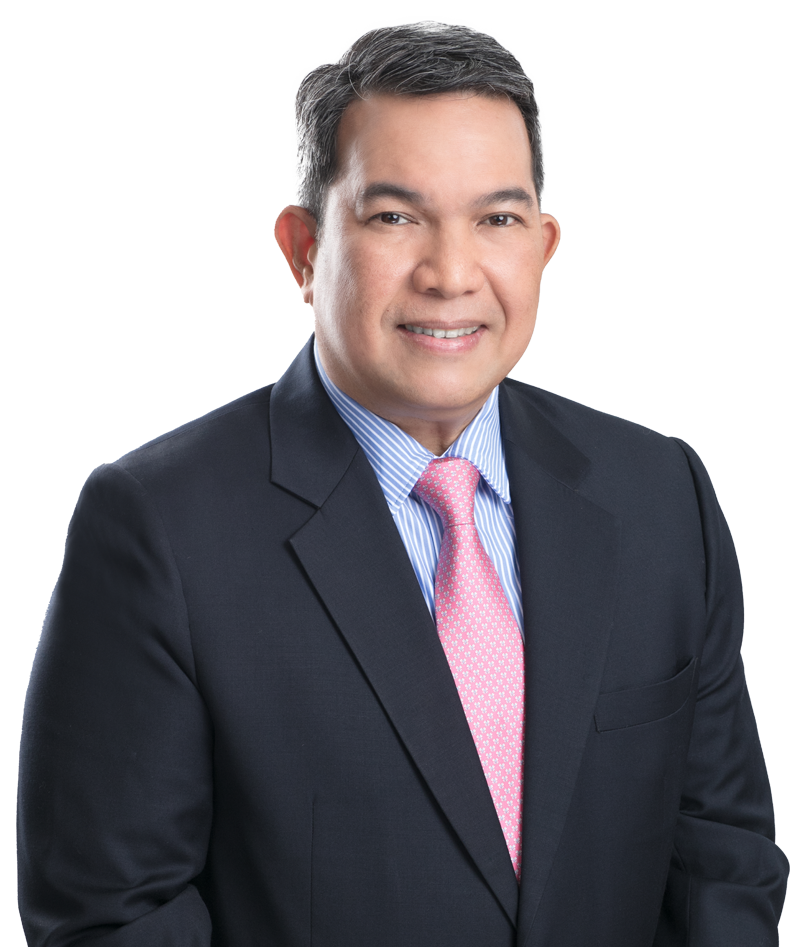 Bachelor of Arts in Philosophy
University of the Philippines, 1991

He has handled significant cases/transactions where he:

Mr. Tensuan has handled disputes before the Construction Industry Arbitration Commission, such as those involving the country’s premier airport terminal, major expressways and other vertical and horizontal developments. He has also handled international and domestic arbitration cases involving disputes arising from joint-venture and mining agreements before the Hong Kong International Arbitration Centre and the Philippine Dispute Resolution Center, Inc. (PDRCI), where he is a trained arbitrator. Mr. Tensuan has likewise been appointed as an arbitrator in a dispute involving the country’s well-known maritime and shipping companies.

Mr. Tensuan speaks on a variety of topics from arbitration, anti-corruption and bribery, competition, cybercrimes and discovery procedures. Among his significant speaking engagements are:

In 2016, Mr. Tensuan was conferred with the Safety Day Award by the Shell companies in the Philippines for his valuable contribution in its health, safety, security, and environment projects. In 2018, he was also recognized by Asian Mena Counsel as a Commended External Counsel of the Year and cited, particularly, as a standout for “his responsiveness, ability and expertise.

He was identified in The Legal 500 Asia Pacific 2021 Editorial as a recommended lawyer in the practice area of Dispute Resolution.

Mr. Tensuan was identified in The Legal 500 Asia Pacific 2021 Editorial as a recommended lawyer in the practice area of Dispute Resolution.

Mr. Tensuan co-authored the Philippine chapter of the Chambers International Arbitration Guide for 2020.

Mr. Tensuan is a member of the International Council for Commercial Arbitration, the ASEAN Law Association, and the Philippine Bar Association. He is currently a Trustee and Officer in the Philippine Institute of Construction Arbitrators and Mediators, Integrated Bar of the Philippines, Makati Chapter and the Ateneo de Manila Law Alumni Association, Inc..

He was admitted to the Philippine Bar in 1997.

This website uses cookies to improve your experience while you navigate through the website. Out of these, the cookies that are categorized as necessary are stored on your browser as they are essential for the working of basic functionalities of the website. We also use third-party cookies that help us analyze and understand how you use this website. These cookies will be stored in your browser only with your consent. You also have the option to opt-out of these cookies. But opting out of some of these cookies may affect your browsing experience.
Necessary Always Enabled
Necessary cookies are absolutely essential for the website to function properly. These cookies ensure basic functionalities and security features of the website, anonymously.
Functional
Functional cookies help to perform certain functionalities like sharing the content of the website on social media platforms, collect feedbacks, and other third-party features.
Performance
Performance cookies are used to understand and analyze the key performance indexes of the website which helps in delivering a better user experience for the visitors.
Analytics
Analytical cookies are used to understand how visitors interact with the website. These cookies help provide information on metrics the number of visitors, bounce rate, traffic source, etc.
Advertisement
Advertisement cookies are used to provide visitors with relevant ads and marketing campaigns. These cookies track visitors across websites and collect information to provide customized ads.
Others
Other uncategorized cookies are those that are being analyzed and have not been classified into a category as yet.
SAVE & ACCEPT

How can we help you?