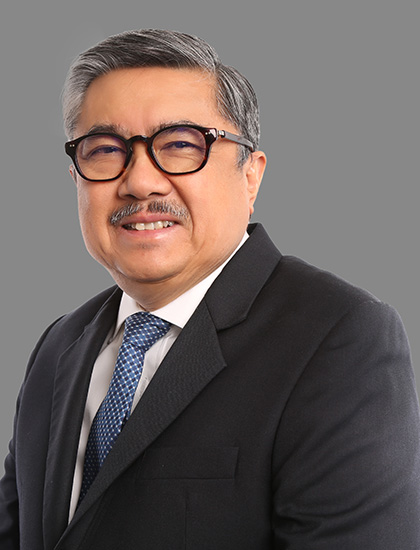 Bachelor of Arts in Political Science
University of the Philippines, 1976

Mr. Samson has extensive experience and expertise in litigation and dispute resolution having assisted clients, both local and foreign, involving a variety of matters. Mr. Samson has also handled cases and issues involving intellectual property rights protection and enforcement or IP-litigation matters before the regular courts and the Intellectual Property Office as well as tax-litigation matters before the Court of Tax Appeals. Mr. Samson also engages in appellate practice preparing petitions, comments, briefs, and memoranda, as well as appearing before the Court of Appeals and the Supreme Court.
Among his notable cases are:

In 2018, Asialaw Profiles and The Legal 500 Asia Pacific cited Mr. Samson as a “Leading Lawyer” in the practice area of Dispute Resolution.

Mr. Samson is an accredited member of the Philippine Dispute Resolution Center, Inc. (PDRCI) and considered as a PDRCI Trained Arbitrator. Mr. Samson is also an Associate member of the Chartered Institute of Arbitrators (CIArb), having passed the course provided by the CIArb Singapore Branch.

Mr. Samson was admitted to the Philippine Bar in 1981 and is a member of the Rizal-San Juan-Mandaluyong Chapter of the Integrated Bar of the Philippines.