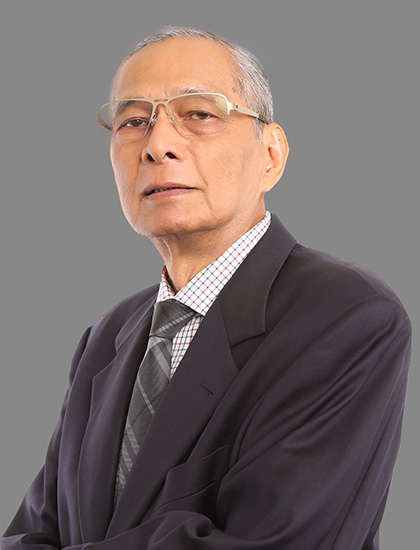 Bachelor of Arts in Economics
University of the Philippines, 1967

Mr. Lazatin is heavily involved in civil and commercial litigation, construction, and arbitration law. He is also active in assisting several corporations in forming and perfecting joint ventures or other forms of business combinations.

Mr. Lazatin was recognized by Asialaw Profiles as a Senior Statesman for the practice area of dispute resolution in 2019.

In 2020, Mr. Lazatin was inducted to The Legal 500’s inaugural Asia Pacific Hall of Fame after having been recognized as a Leading Lawyer for Dispute Resolution for 8 consecutive years.

In 2021, The Legal 500 Asia Pacific 2021 Editorial included Mr. Lazatin among the recommended lawyers in the practice areas of Dispute Resolution and Real Estate and Construction.

Mr. Lazatin was recognized by the Asia Business Law Journal as among the Philippines’ Top 100 Lawyers in 2021.

Mr. Lazatin has authored several articles, such as:

He has also spoken in various international and local conferences, including:

Mr. Lazatin is also a regular member of the ICC International Court of Arbitration from 2014 up to the present.