ACCRALAW is ALB’s Philippine Law Firm of the Year 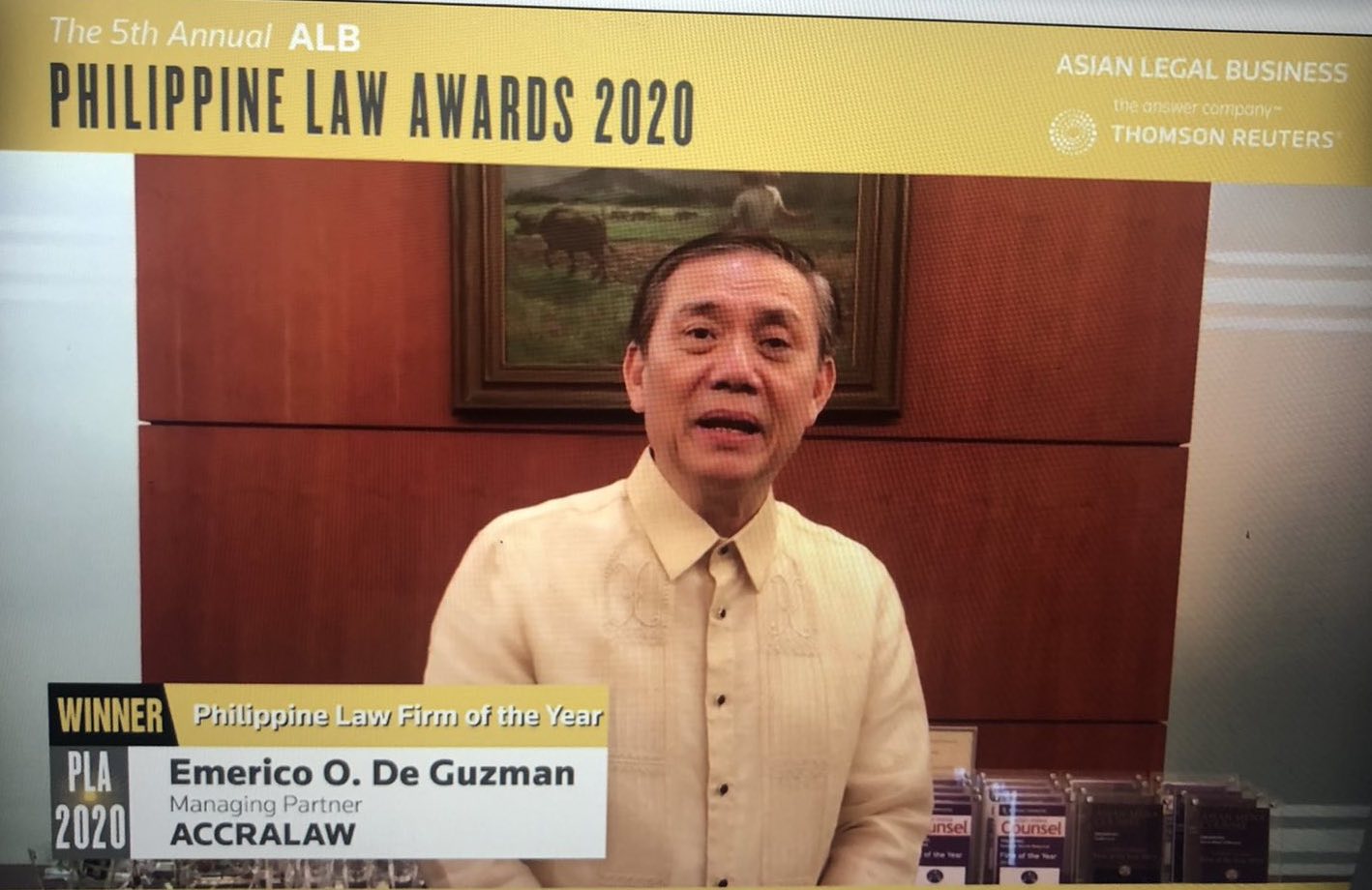 ACCRALAW was awarded Philippine Law Firm of the Year for the third consecutive year.

Despite the challenges faced by the legal and business sectors due to the current health crisis, ACCRALAW has been relentless in its pursuit to address the growing and changing needs of its clients. It has reaped the gains of investing in its legal complement and technological enhancements.

In addition to being awarded as Philippine Law Firm of the Year, under the Law Firm Categories of ALB’s Awards, ACCRALAW also received the following awards:

Under the Deal Categories, ACCRALAW’s milestone deals were also recognized. AREIT’s IPO was awarded Equity Market Deal of the Year and AEV’s Bond Issuance was hailed as Finance Deal of the Year.

Among the finalists for this year’s recognition rites under the Individual Categories include Oliver L. Pantaleon for Dispute Resolution Lawyer of the Year and Rowena Garcia-Flores for Woman Lawyer of the Year. Under the Law Firm Categories, ACCRALAW was among the finalists in the fields of Construction and Real Estate, Immigration, Intellectual Property, Labor and Employment, and Technology, Media and Telecommunications. Under the Deal Categories, the BDO’s MTN Program and the Unionbank’s Tier 2 Issuance were among ACCRALAW’s projects that made it to the list of finalists.

ALB has editorial and research teams that vet the shortlist of finalists and an independent judging panel composed of senior and expert legal industry leaders that selects the winners.