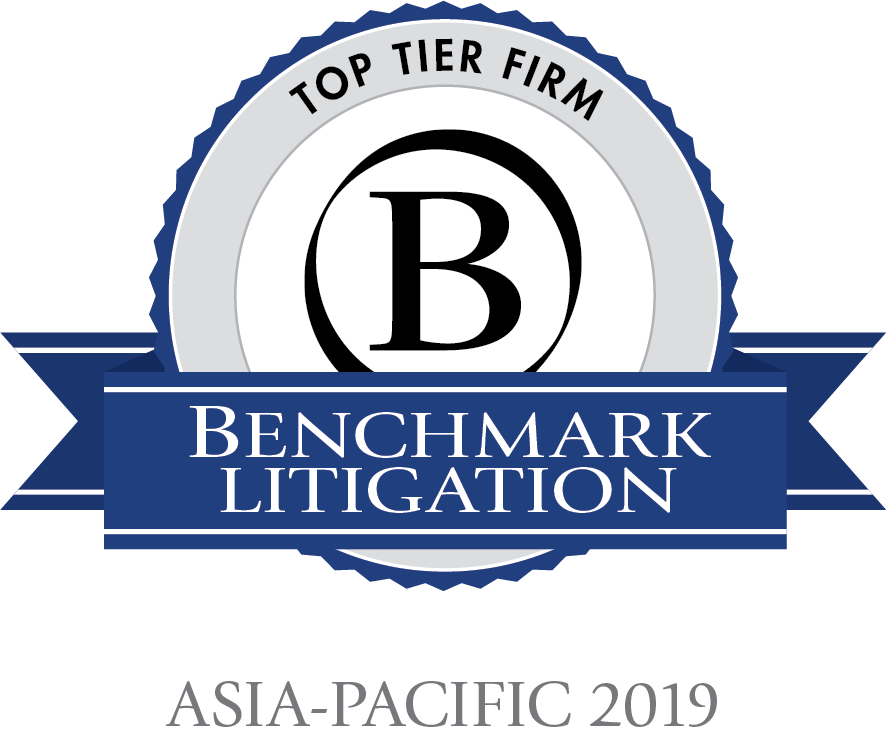 In the 2019 edition of Benchmark Litigation Asia-Pacific, ACCRALAW was ranked among the Tier 1 Law Firms in the practice areas of Commercial and Transactions and Labor and Employment. ACCRALAW was also recommended for International Arbitration and Tax.

Mr. Lim, a former Co-Managing Partner and former head of the Firm’s Corporate and Special Projects Department, was named as a Dispute Resolution Star in the areas of Commercial and Transactions and Insolvency.

Ms. Prodigalidad was named as a Dispute Resolution Star in the fields of Commercial and Transactions, Competition/Anti-Trust and Intellectual Property. Among the notable cases she handled involved commercial disputes and intellectual property rights.

Benchmark Litigation Asia-Pacific described the Firm as “one of the leaders in litigation and arbitration in the Philippines”. Its law firm and lawyer rankings are based on its research, peer feedback and client feedback.