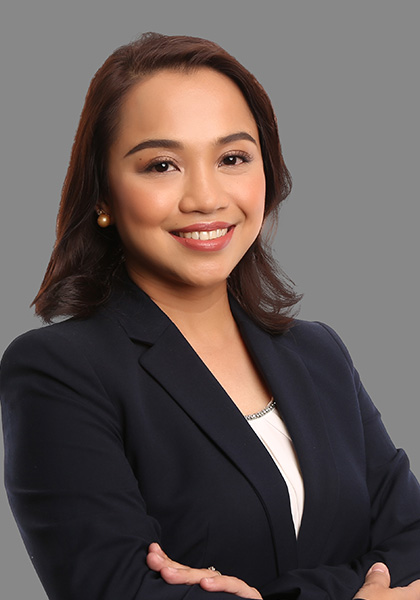 ACCRALAW recently announced the admission to the partnership of Jessa G. Wong-Cantano.

She joined the Firm as an Associate last 1 March 2010 and was promoted to Senior Associate in 1 January 2015. In her over 10 years with the Firm, she has specialized in litigation, alternative dispute resolution, arbitration, appellate practice, criminal law, commercial law, civil law, and administrative law.

She is also a law professor in Ateneo de Davao University College of Law and has been teaching since 2016. She has taught Persons and Family Relations, Legal Research, Statutory Construction, and Obligations and Contracts. At present, she teaches Conflict of Laws and Transportation Laws.

She is a role model to the younger lawyers, particularly, those in the Davao Branch. Ms. Wong-Cantano has been described by her peers as “always cool under pressure”. Through her years in the Firm, she has shown that she is not only a hard worker but also a reliable leader with sound judgment.