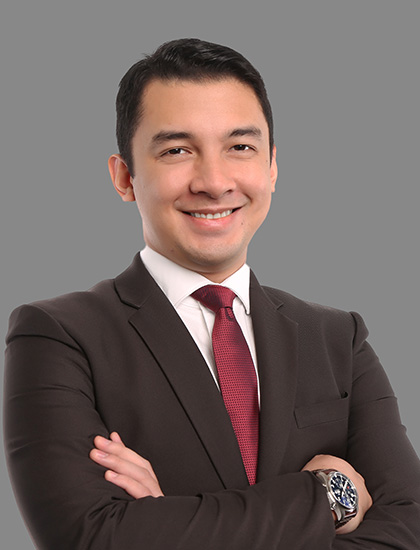 Juris Doctor
University of the Philippines, 2016

Bachelor of Science in Economics
University of the Philippines, 2012
Dean’s Medal for Academic Excellence

Mr. Reynes has represented clients in complex disputes in all levels of the Philippine court hierarchy and in quasi-judicial and administrative agencies. He has also served as counsel for public and private entities in international and domestic commercial arbitration proceedings. He has also advised clients on matters relating to antitrust regulation, data privacy, election law, and government procurement, among other areas of law.

During his time at the UP College of Law, Mr. Reynes was an editor of the Philippine Law Journal, and served as lead editor for the 88th volume’s special issue on LGBT Rights and Law. He also served as Vice-President for External Affairs and Treasurer of the UP Law Student Government.

Mr. Reynes has authored articles published by the Philippine Law Journal and BusinessWorld. He is also co-author of the Philippine chapter for The Legal 500’s country comparative guide on litigation for three (3) consecutive editions.

Mr. Reynes has been recognized by The Legal 500 as a key lawyer for dispute resolution in the Asia Pacific Region.