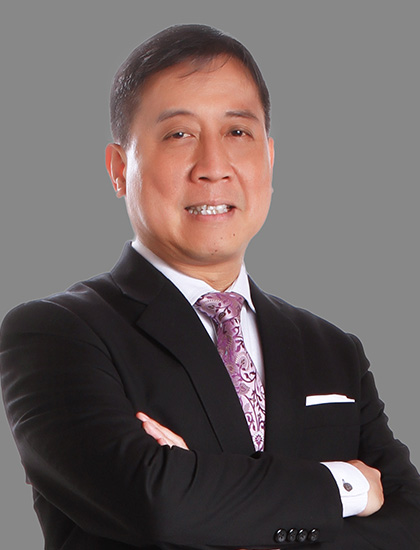 Bachelor of Science in Economics
University of the Philippines, 1981

Mr. Puno specializes in real estate, litigation, banking, mergers and acquisitions, corporate law, aviation, public utilities, and infrastructure law. He advises clients on mergers and acquisitions, telecommunications, commercial arbitration, and intellectual property. He has argued before trial courts and all appellate courts including the Supreme Court. He also represents clients in various quasi-judicial and administrative agencies.

He served as Undersecretary of the Department of Justice from 1998 to 2001. Mr. Puno is currently a Consultant of the Metropolitan Bank & Trust Company, and the Special Legal Counsel of Metrobank and the Metrobank Group.

Mr. Puno is also a director and officer of various corporations.

In 2020, Mr. Puno was cited as a recommended lawyer for Dispute Resolution by the Asia Pacific Legal 500, and was recognized as an expert in the field of Real Estate by the Real Estate Law Experts.