Opening of The Consulate-General of Japan In Davao

On February 10, 2019, upon the invitation of Consul General Yoshiaki Miwa, the Firm’s lawyers from its Davao Branch led by Myra S. Montecalvo-Quilatan attended the opening ceremony of the Consulate-General of Japan in Davao City. It was held at the Waterfront Insular Hotel in Davao City.

On that occasion, Retired Judge Antonina B. Oshita Escovilla, President of the Philippine Nikkei-Jin Kai, Inc. was also conferred by the Order of the Rising Sun, Gold Rays with Rosette. It is the highest distinction given by the Japanese government to any person.

The Embassy of Japan and other Japanese entities are among the Firm’s valued clients. 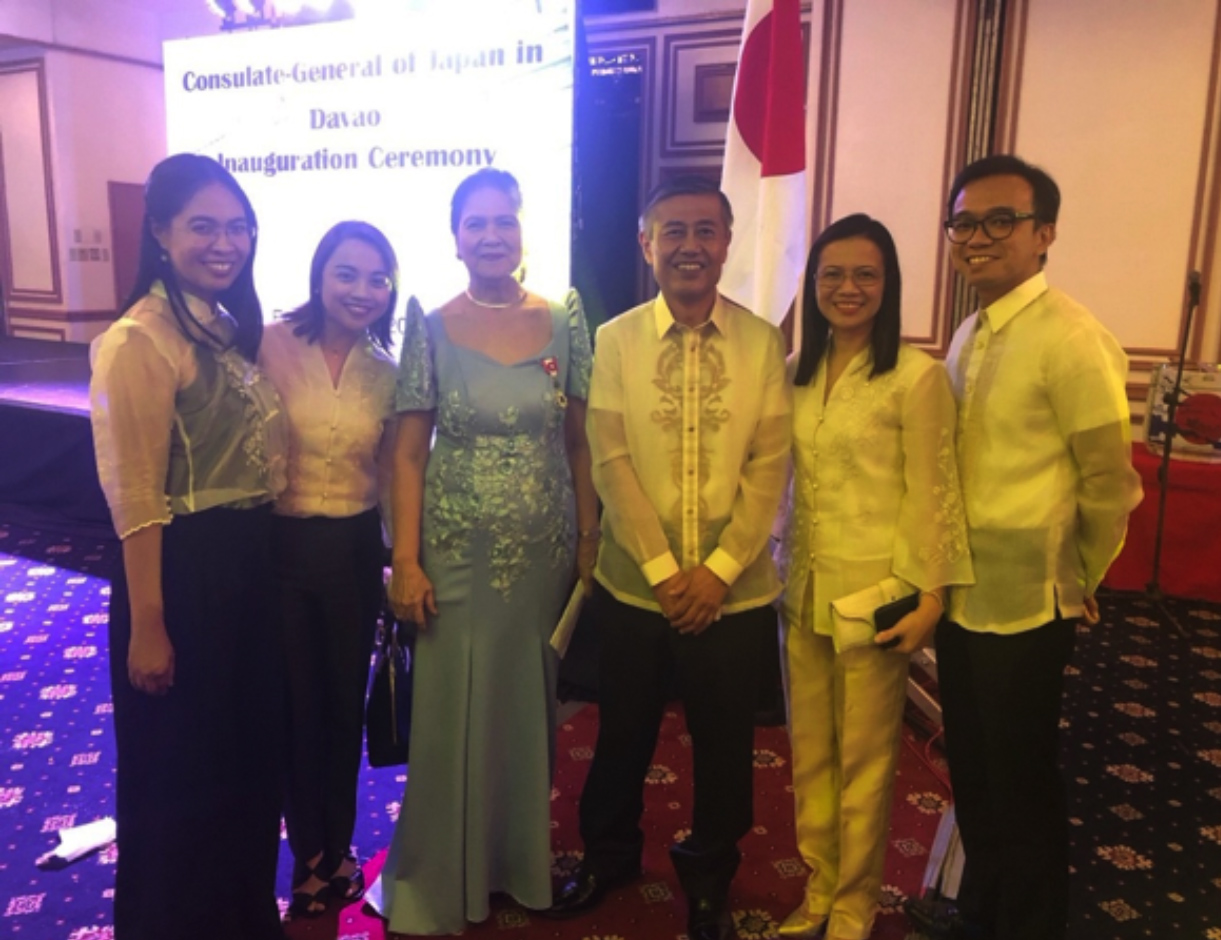