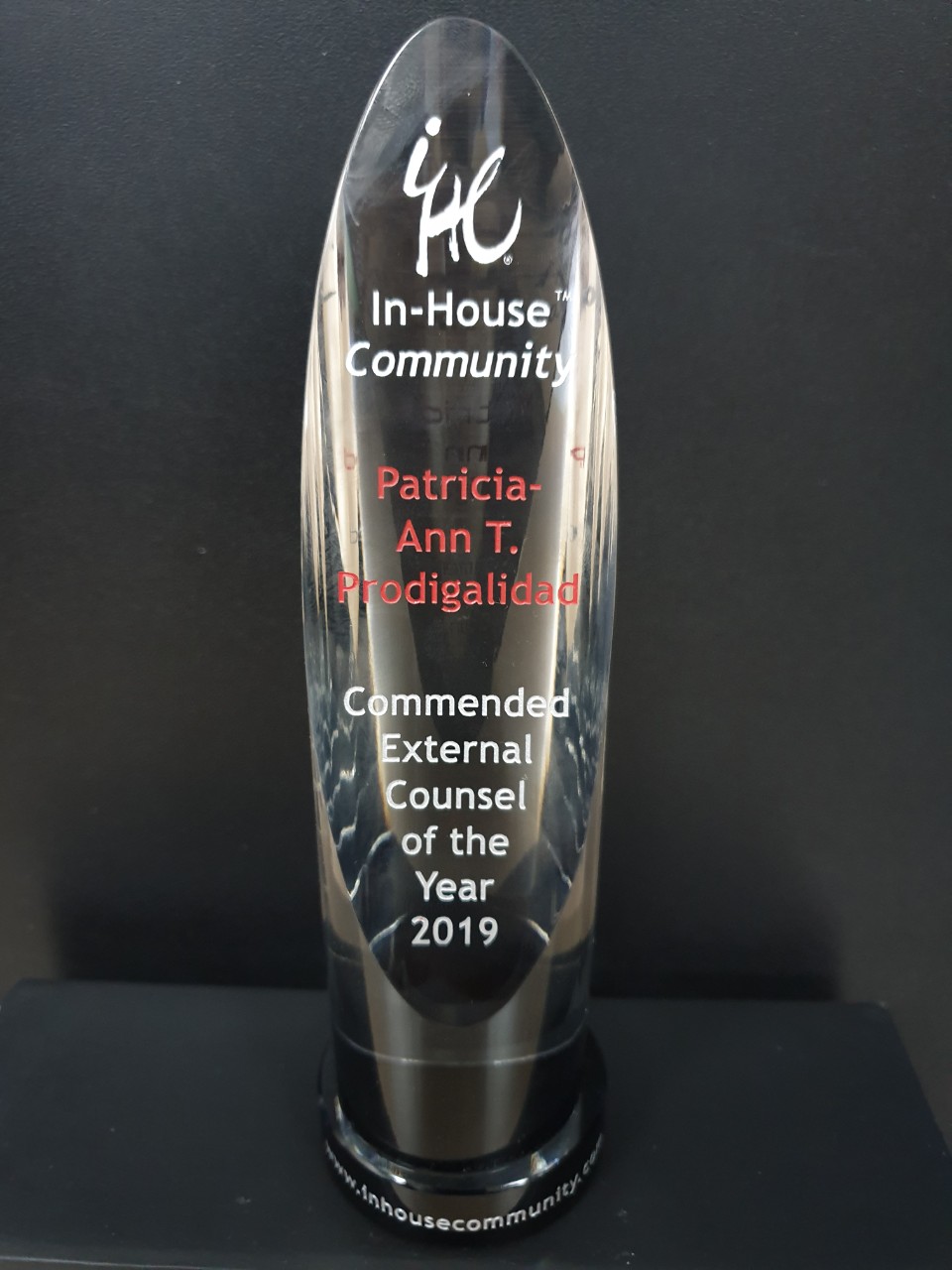 Last May 30, 2019, In-House Community announced its annual Counsels of the Year Awards. The awards are based on in-house counsel submissions and the decision of an independent panel of judges.

ACCRALAW was among the recognized law firms in the region. The Firm was awarded as the Most Responsive Firm in the Philippines.

Also, the Firm’s Senior Partner Patricia-Ann T. Prodigalidad was among those recognized as Commended External Counsel. It is a distinction she has been consistently given since 2017. She specializes in commercial litigation and arbitration, among other fields. For arbitration matters, she has represented clients as an advocate and in other instances, she has acted as arbitrator.

The Firm is delighted by the continued recognition by different reputable organizations, such as In-House Community, of the consistent quality and responsiveness of the legal services it provides.