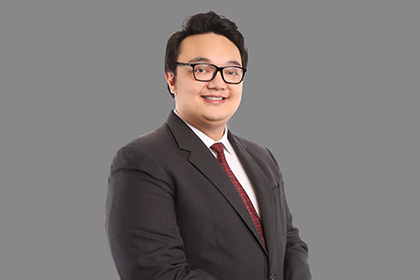 Mr. Roco was a recommended lawyer for the practice area of Labor and Employment in the Asia Pacific Legal 500 for 2020.

Mr. Roco held several positions in the Ateneo Law Journal, such as Lead Editor from 2012 to 2013 and Executive Committee member from 2014 to 2015. He was also an editor of “Tax Law and Jurisprudence”, which was authored by Supreme Court Justice Jose C. Vitug and Court of Tax Appeals Justice Ernesto D. Acosta.

He has also published several articles, including: